We Should Open Our Hearts

It’s just over a year until it’s election here in Sweden and when that day comes I hope that people open their hearts by showing compassion for animals. Because about 90 million animals that live on land get killed in the slaughterhouses here in Sweden every year, and the Swedish fish industry kills hundreds of millions of creatures who live in water every year.

Other cruel examples of what happens to animals in Sweden is that 1.25 million broody hens are kept in cages that are less than an A4 sheet. And about 15 000 cockerels get killed every day in this country because they don’t lay eggs. These tiny baby boys get minced alive or get gassed to death. It’s also about 100 000 homeless cats in Sweden that suffer when they are forced to live outside, the winters can get very cold here. All these cats want is a safe home, warmth, enough with food and water, and to be loved by people. And about one million minks get killed in this country every year just because some people want to wear fur. These poor minks are forced to live all their lives in tiny cages before they get killed. 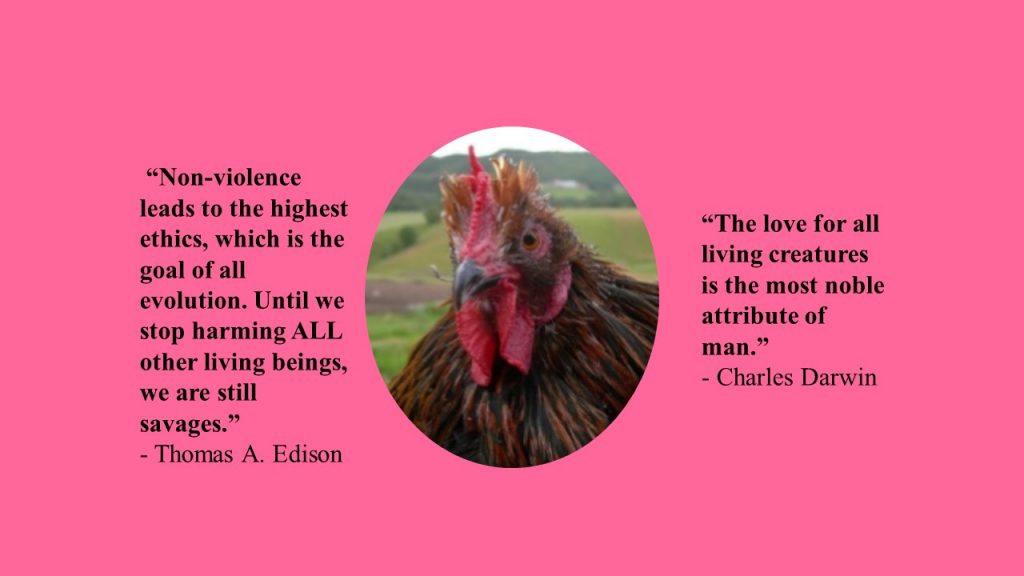 I think we should open our hearts and help all animals

These are just a few examples of horrible stuff that happens to animals in Sweden. The former Prime Minister talked about that we should open our hearts and help people from other countries. I think that we should open our hearts and help all the animals too! So, if you want to save and help all animals, I think that you should vote for the Animal Party next year because it’s the only political party that cares about animals and that want to stop the killing of all animals. And if you don’t live in Sweden you can vote for the Animal Party in your country if you are interested in saving animals.