Dr. Tuttle talks about the benefits of a vegan lifestyle

I have recently finished listening to an excellent audiobook, “The World Peace Diet”, by Will Tuttle, Ph.D. Dr. Tuttle talks about how we all can make the world a better place by adopting a vegan lifestyle. There are lots of benefits with eating a plant-based diet. The biggest one is that millions of animals can be saved if all become vegans. It’s also better for the environment since the agriculture pollutes the environment, and it’s also the reason why thousands and thousands of trees get cut down, which causes wild animals to die since their habitats get destroyed. And farmers also kill wild animals if they go near their cattle. Another great benefit with if all lived on a plant-based diet is that there would be enough food for everyone, no one would need to go hungry then. People who starve can be saved. But the wealthy people seem to think that it’s better to grow grain to feed the livestock so they can eat steak and roast beef than to give the grain to the poor people. Many children die every day because of starvation. 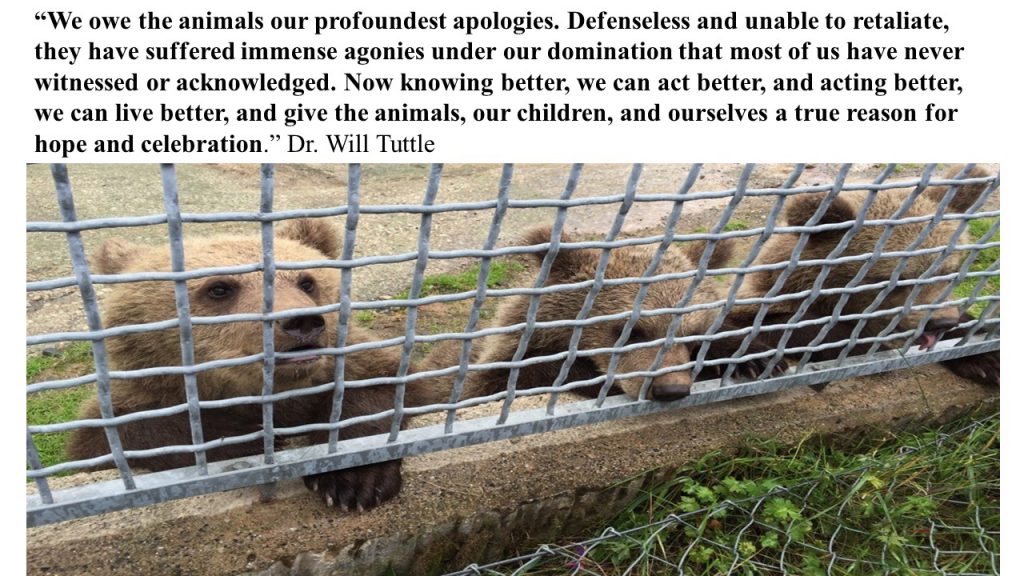 Dr. Tuttle also tells about all the evil things that happen to cows, chickens, pigs, ducks, fishes and so on. There are no words that can explain what I feel when I think of how all these fantastic creatures are being treated by people just so they can eat their eggs, drink their milk and eat the meat. I was born on a farm, meaning I have seen some of my friends being slaughtered and some of them being sent away with a slaughter truck, which was traumatic experiences to me. And when I trained to become an animal keeper as a teenager I saw many different animals at the zoo being slaughtered because they were only kept alive during the summer to show the tourists. When the fall came, they killed chickens, a bear cub, pigs, badgers, wolves and maybe there was someone more that I can’t remember now. They also killed magpies and crows now and then because they didn’t like that they flew around in the zoo area. 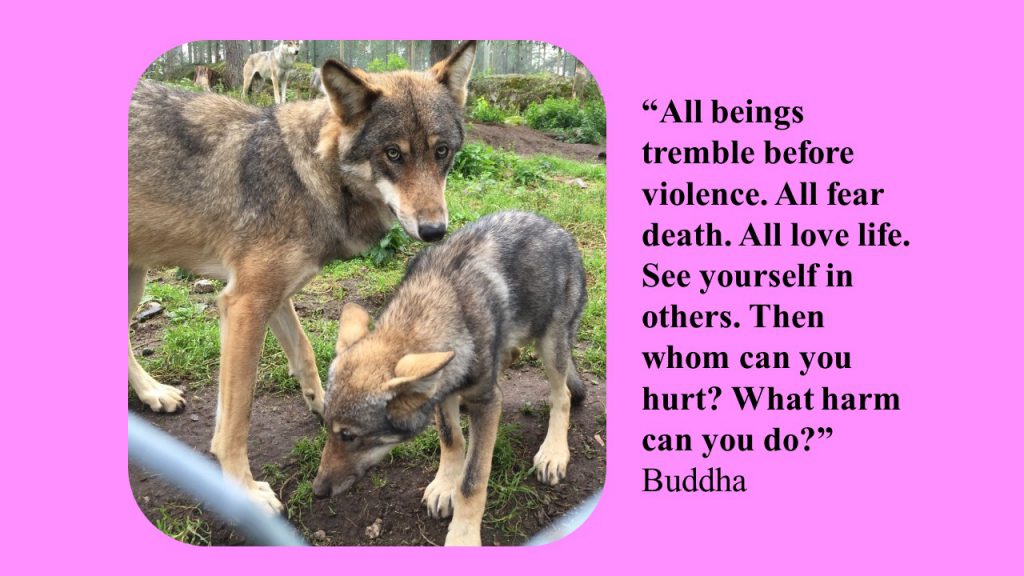 The tears rolled down my cheeks

Although I have seen many horrible things like that in real life, the tears rolled down my cheeks when Dr. Tuttle talks in the book about the cruel things that are being done to animals in the slaughterhouses. He told about how a man shot a cow in the eye instead of the forehead and that she got skinned alive. I thought about all the cows, bulls, and calves that I have known and loved when I heard about all the horrible things that happen in the slaughterhouse and then my tears came although I already knew that it is hell on earth for animals. 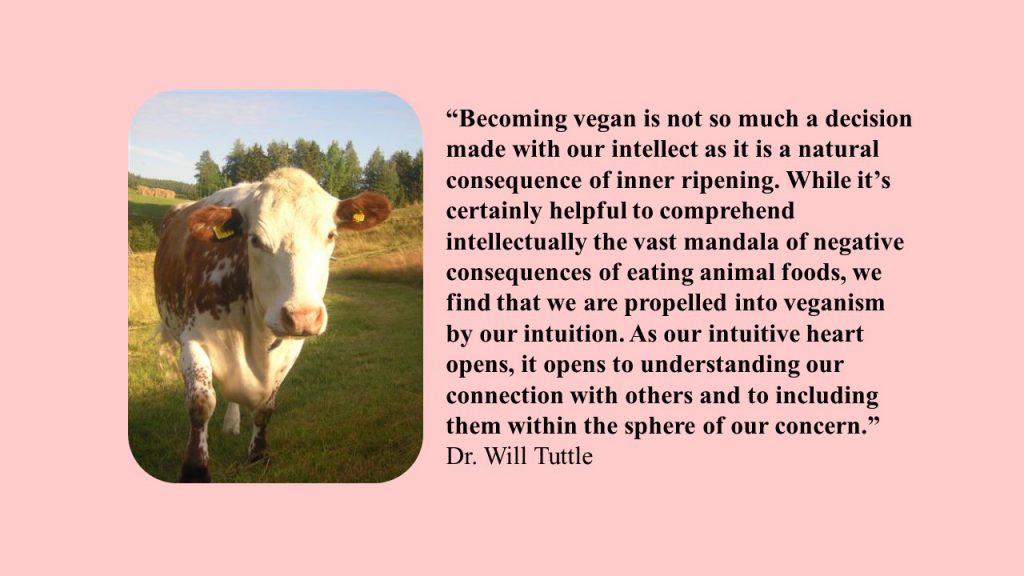 I assume that they walk through life with a blindfold

I can’t understand how people can continue to eat animals since it is 2016 now, I mean there is so much information out there nowadays so it can’t come as a surprise to people that thousands and thousands of animals are injured and killed each day because of the choices they make. I assume that they walk through life with a blindfold so they can’t see, that they wear earplugs so they can’t hear and that their hearts are made of stone so they can’t feel anything. It’s easier for them to do what they always have done than to change and try something new because how is it otherwise possible that they can continue to eat beautiful creatures?

Dr. Tuttle also talked about the golden rule, that you shall treat others the way you want to be treated, and that that rule doesn’t only apply to people but animals as well. It made me think of the people I heard say that they follow that rule, that it is so important to them, I wonder why they don’t include the animals then because I know that these people eat meat. Do they want to be tied up in a barn and not be able to go out in the sunshine? Do they want their babies to be taken away from them? Do they want to be hit, kicked and get electrical shocks? Why do people think it is okay that animals are being injured and killed because of them if the golden rule matters so much to them? 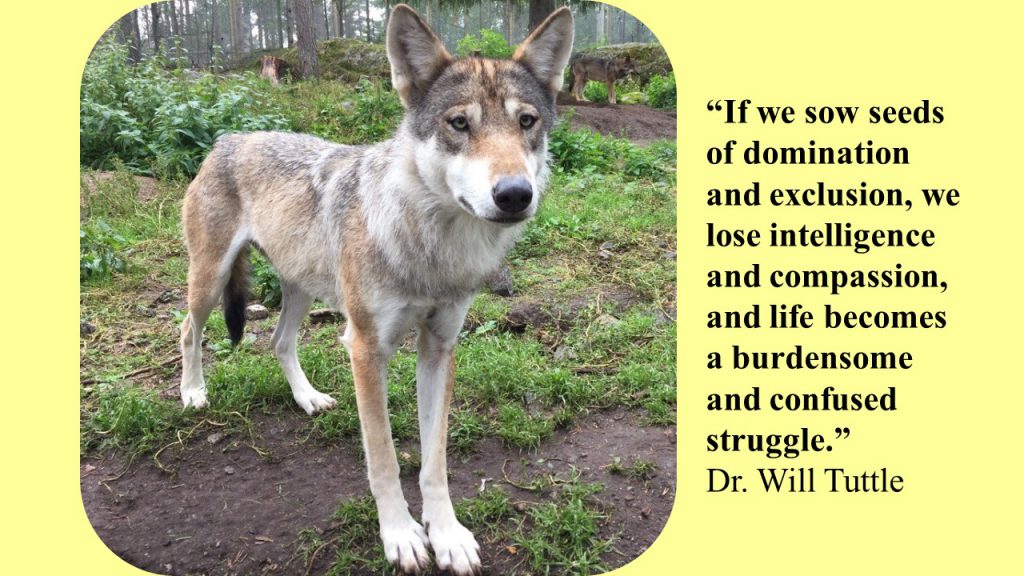 A plant-based diet may help to prevent early teen pregnancies

Something that was new to me and that I hadn’t thought of before was when Dr. Tuttle mentioned that a plant-based diet might help girls not to become pregnant in their early teens. There is a high level of estrogen in cows’ milk, and it’s not healthy for humans to consume that amount. It leads to an unnatural load of estrogen in the dairy products which girls eat. It pushes the girls into unnaturally early sexual development and pregnancy. In the mid-nineteenth century the average age of menarche was 17, but now it is 12.5 years. It was made astonishingly clear in Japan after Second World War, because just in one or two generations after they started eating dairy products the average age of menarche dropped from 15.2 to 12.5. The researcher Kerrie Saunders says that both the Chinese and African villages that have kept the dietary traditions to eat a plant based diet, that the average age of the girls there when they get their menarche is 17. So eating a plant-based diet may help to prevent early teen pregnancies. 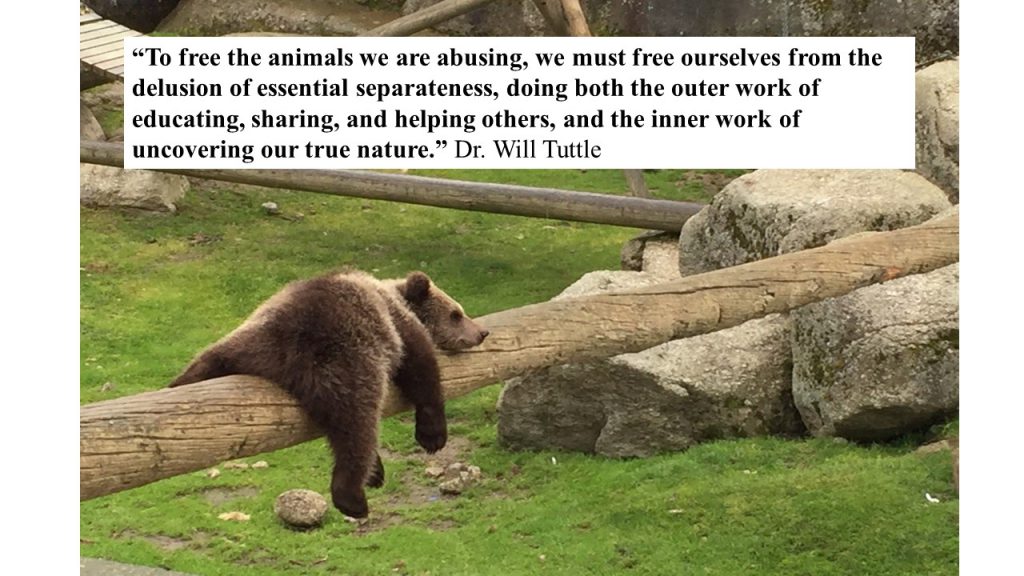 So Dr. Tuttle talks about crucial things in his book, “The World Peace Diet”, and all of it is worth considering. He also tells about his own journey to become a vegan; it’s a remarkable story! I highly recommend reading his book, “The World Peace Diet”! I think that everyone should read it or listen to the audiobook. It should be used in schools to educate teenagers about the vegan lifestyle, so they learn what happens to the animals and the planet if people continue to eat meat and dairy products. By the way, if you decide to listen to this fantastic book as an audiobook you can hear Dr. Tuttle playing piano between the chapters, his music is amazing! 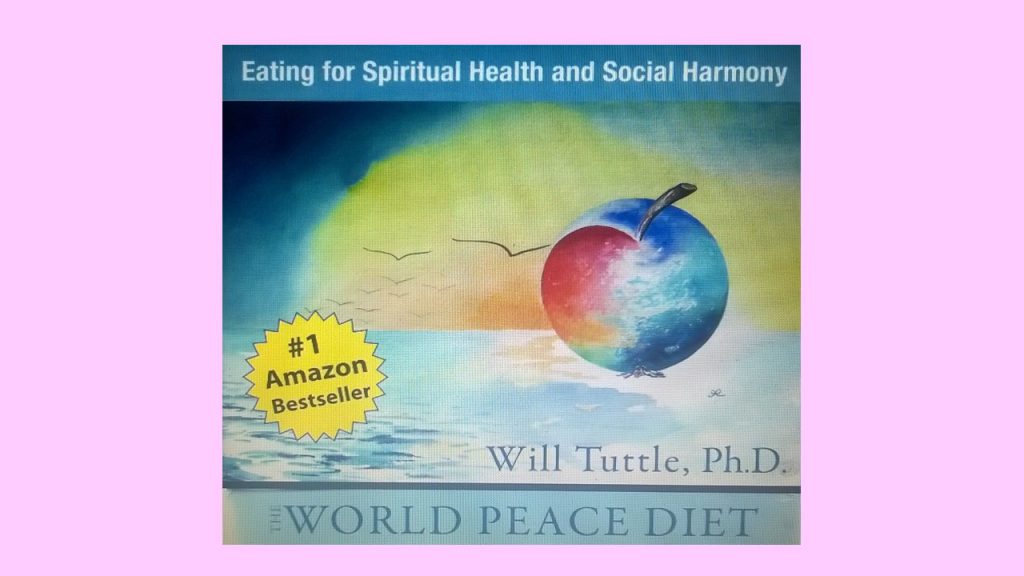