I highly Recommend Reading “Animals and The Afterlife”!

It can help you cope while you’re grieving

For all of you that has lost a beloved animal companion, I highly recommend reading “Animals and The Afterlife” by Kim Sheridan, where you can learn about what happens when animals die. It can help you cope while you’re grieving. Even though my friends hadn’t passed away recently when I stumbled across this book it helped me because as you may know you can carry around the sadness very long after your beloved friend is gone. Although I already believed that there is an afterlife for the animals, it felt good to get it confirmed when I read this book. It felt good to read all the wonderful stories in this book which told about the people who have loved and lost their companions. It tells about how they received messages and signs from their friends after they had passed away. Some saw them, and some heard them. 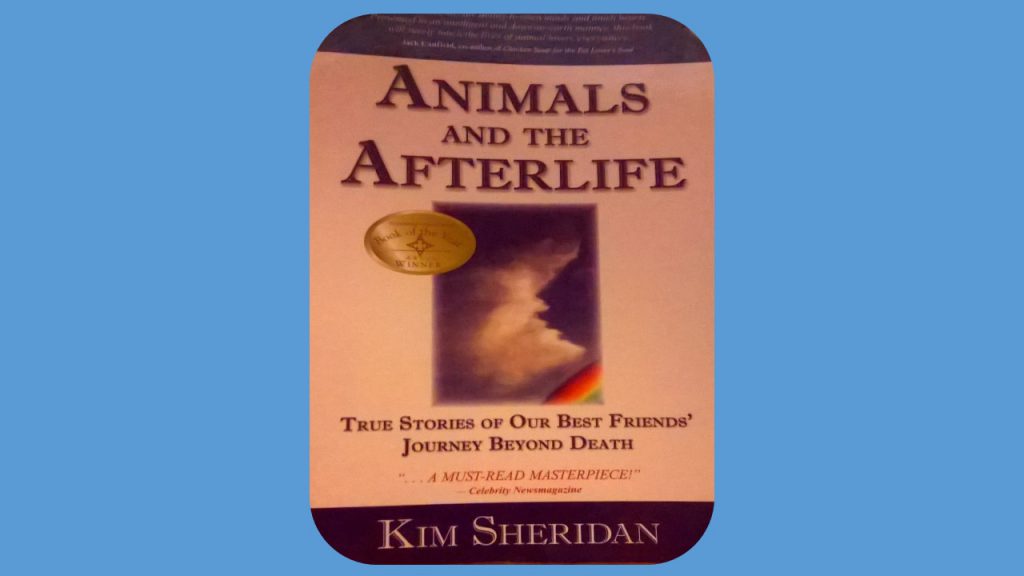 The vet from the Baltic States was funny!

You also find out that Kim Sheridan is a great animal lover and that she loves rats. I didn’t know much about rats until I read “Animals and The Afterlife” because I have never known a person who has had a rat as a pet. The most people I have encountered in my life doesn’t like rats and other rodents. Putting out rat poison can be common. When Sweden joined the European Union in 1995, it came new rules that farmers had to follow. One rule was that the farmers had to do something about mice/rats, they had to have a plan of how to get rid of them from the barns. We didn’t use rat poison like others did since we thought it was cruel. Back then it was the veterinarian who went out to the barns and checked, so the farmers followed the rules. I will always remember that moment when the vet asked our mother, my little sister and me, about how we dealt with the mice/rats because to me that was a funny moment. We told him that we had cats. He looked amused when he asked us if that worked. We said yes and smiled back. 🙂 I think he came from one of the Baltic states. I liked him! 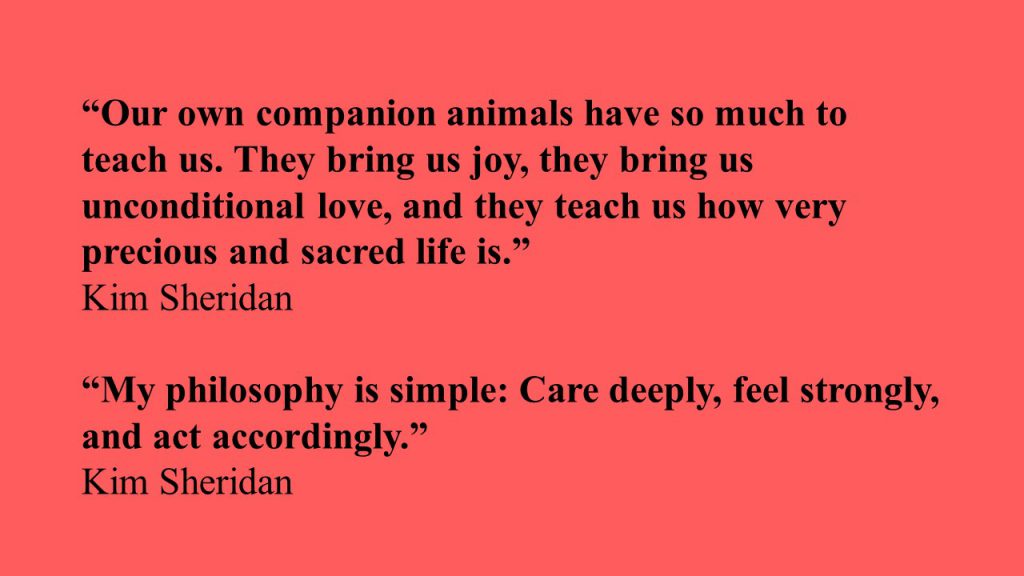 My next book is called “Flame and the Wood Mouse.” It’s about how Flame saves a wood mouse who is all alone since his family has got killed by eating rat poison. I came up with that story because I thought that a mouse that used to run around in the ensilage when we were going to feed the calves looked very cute! It was so adorable with its peppercorn-colored eyes! Maybe it played hide and seek. 🙂 My little sister and I used to call that mouse for “The Ensilage-Mouse”. 🙂 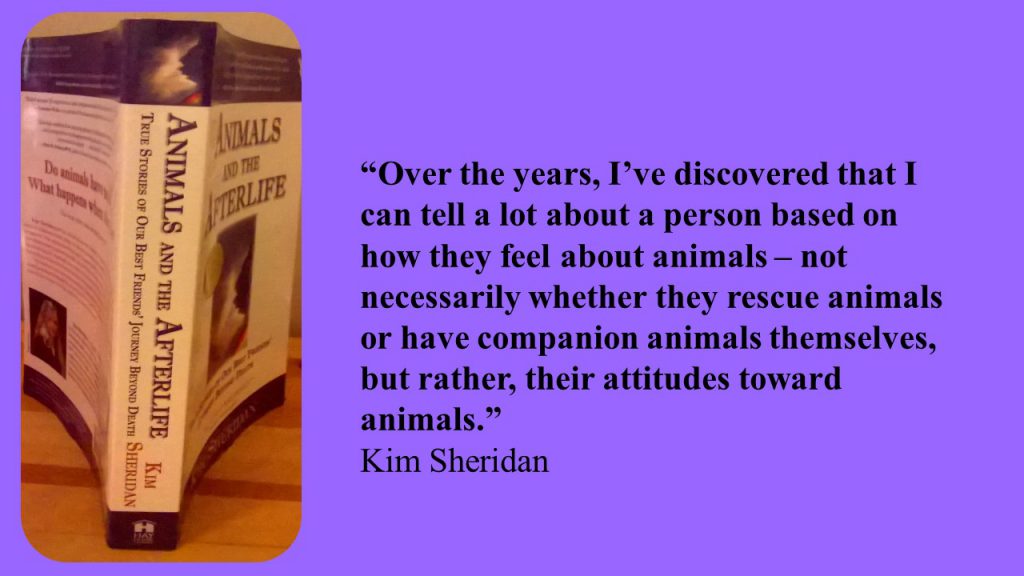 So I really loved all the stories Kim Sheridan tells about rats in her book “Animals and The Afterlife.” One episode is about how one of her rats helped another rat that was blind and crippled when she gave them banana slices. The healthy rat made sure, so the blind rat got her share when all the rats got fed. I thought it was fun to read that rats show each other more compassion than certain people do to their fellow humans. I already knew that animals are more compassionate than lots of people but it was especially fun to read about that rats helped each other since I am aware that there are lots of people who look down at rats and mice, and look at them as a pest. Therefore it was very fun to read that rats behave better and show more compassion than lots of humans since there, for instance, are a lot of people who bully their fellow humans or exercise their power over others.

She also told a story about a family in Germany who had a companion rat named Gerd and how that rat saved them from armed burglars that came into their home. Gerd had jumped from the bookcase into the face of one burglar and bit him. Then Gerd hurried to climb the pant leg of the other burglar and ended up on the tender part of a man. 🙂 Those bad guys were suspects in a series of robberies and murders and thanks to this hero rat nothing happened to the family.

Another rat named Fido was only eight months old when he saved his family from a fire. Fido smelled the smoke and hurried to climb a steep stairway and started scratching to wake up the family. The daughter was the first one to wake up and then she told the others. All got saved thanks to Fido, the hero!

I highly recommend reading “Animals and The Afterlife”

There are many more stories about beloved animals in her book, for instance about cats and dogs. But I liked that she told a lot about rats and opened the eyes to people that they are great companions! And as I mentioned, in the beginning, it is very comforting to read about how other people have received messages from their beloved friends after they have passed away. So I highly recommend reading “Animals and The Afterlife” by Kim Sheridan. And I don’t think it’s only people who are grieving who should read it, but also you who have companions that are still alive because maybe it can give you some comfort before it’s time for the painful goodbye. Know that this life isn’t the end, it’s only the beginning, but remember to live each day like it’s the last one. “Carpe Diem!”

Thank you, Kim Sheridan, for writing this amazing book! 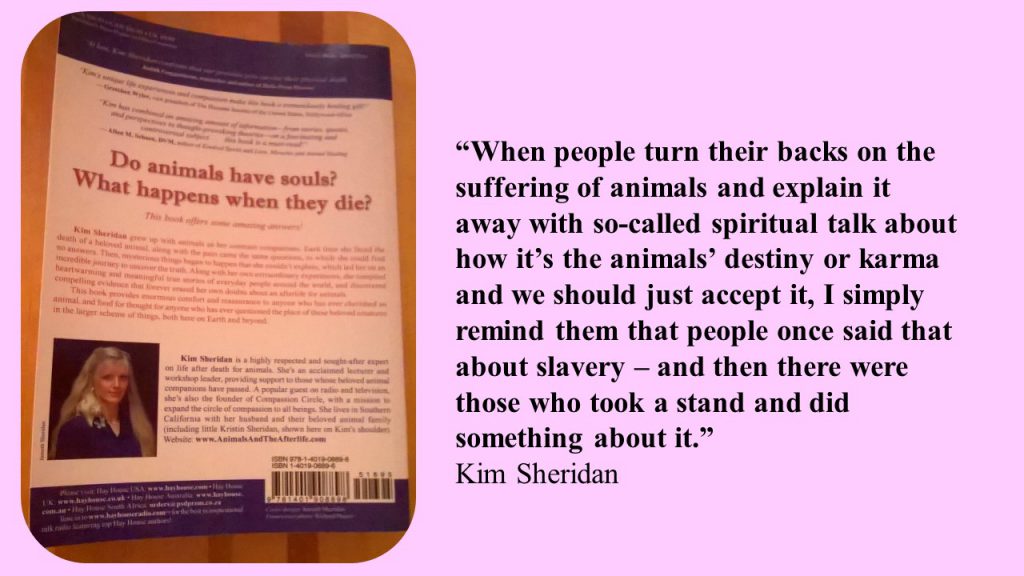