Since it’s World Ranger Day today I want to celebrate it by posting my interview that I did a few years ago with an amazing ranger, a true hero, in South Africa. And I want to say thank you to all the rangers in the world because I’m very grateful for all you do to save the animals! Happy World Ranger Day! 🙂

By the way, if you click here https://youtu.be/zrPl1ruUIN8 you can watch Dr. Jane Goodall’s message to all rangers and supporters 🙂 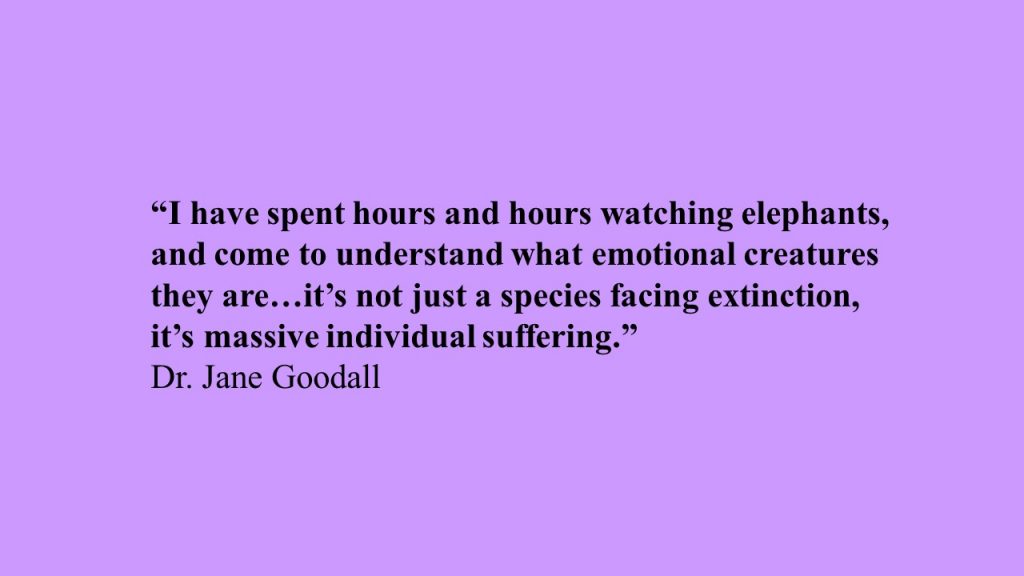 Meet Gerbrand Van Der Merwe, one of the many rangers who risks his own life every day by protecting the wild animals. He works at a big ranch in South Africa where they have many animals such as antelopes, black and white rhinos, giraffes, leopards and hippos. 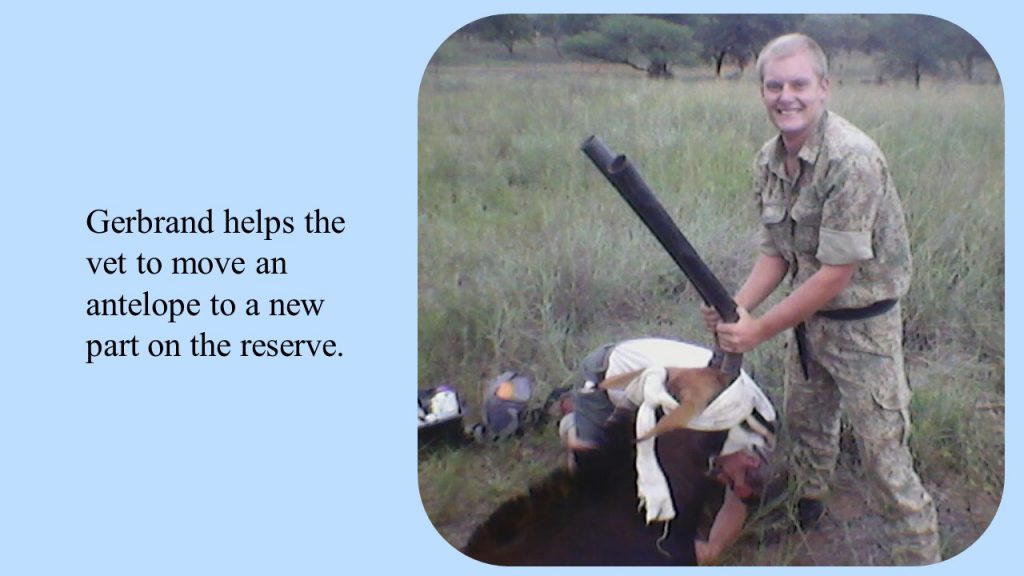 What is your favorite animal?

Gerbrand: I would have to say that a Leopard is my favorite animal.

Gerbrand: Yes, I have family that owns a Game Farm here in South-Africa and we used to go there for holidays, I guess that is where my love for wild animals and nature began.

When did you decide that you wanted to be a ranger? What was it about that profession that seemed so appealing to you?

Gerbrand: I always had the idea in the back of my head that I wanted to become a Ranger but it only became clear to me after the poaching started and got out of control.

How long did you need to study to become a ranger and what were the entrance requirements for it?

Gerbrand: First of all, you need to have passion for nature & conservation. There are numerous places where you can meet the qualifications to obtain a diploma in nature conservation, ranging from colleges to universities. And the duration of the courses differ from place to place.

You often see male rangers in photographs, are there any women working in this profession? If so, can you estimate a percentage so readers can get an idea?

Gerbrand: Yes there are a lot of female Rangers but there are more men, the percentage I’m not sure of.

How many days a week do you work?

Gerbrand: I work 7 days a week

What do you consider are the biggest threats against the wildlife in your area?

Explain how a typical workday is for you?

Gerbrand: My day usually starts late in the morning, then we do some admin work, relax or go and help out somewhere, there is always something to do. Then when it starts to get dark out, we go on patrol until the next morning.

Are you always patrolling with the same colleague? Is it mostly by foot or do you use cars?

Gerbrand: Because we are not that many people we do patrol with the same colleague yes. Sometimes we walk, sometimes we use bicycles or sometimes the vehicles. We change it up from time to time.

Do you and the other rangers develop some kind of brotherhood when you work so closely together?

Gerbrand: Well, yes because when something happens while on patrol and you get shot at, you need to know that the person with you will back you and not leave your side.

What is the worst thing about your job?

Gerbrand: I would say to see an animal that has been killed by poachers.

And what is the best thing?

Gerbrand: To be able to save an animal’s life and giving it a fair chance to frolic in nature.

I assume it’s pitch dark if the moon isn’t around, how do you find your way around in the dark?

Gerbrand: Well even without the moon, the stars light up the brush and your eyes do get better after a while in the dark, but we do use night vision every now and then.

By the way, isn’t it dangerous to patrol in the dark considering the poachers? How do you protect yourself?

Gerbrand: Yes it is dangerous because they do have weapons on them and they will not hesitate to shoot you. We protect ourselves with our rifles, hand guns, knives and body armor. 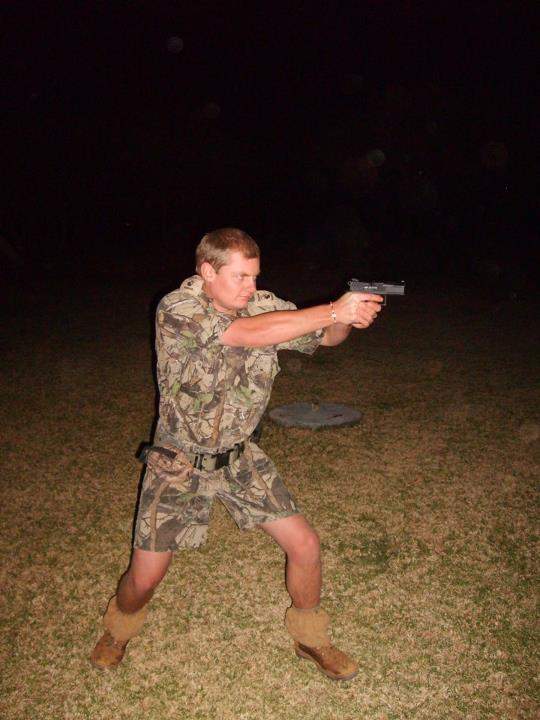 Have you ever been in a dangerous situation with poachers?

Gerbrand: Yes I have. Once when I had just started working in an Anti-Poaching Unit, we were tracking a group of 4 poachers. As we tracked them, we came across the poachers in a thick cover and they started shooting at us. Lucky for us no one was injured.

What happened to the poachers? Did they escape or did you arrest them?

Gerbrand: We arrested them.

How do you feel when you are out there doing your job and suddenly get shot at? Do you get scared, angry etc.? What thoughts cross your mind then?

Gerbrand: I get more angry than scared. Different thoughts race through your mind.

Do you often encounter poachers when you are out in the bush or do weeks go by without seeing anything suspect?

Gerbrand: We do not encounter them that often, sometimes months go by without any poaching threats.

Do they wound animals and that’s why you have to track them down? If so, do you use dogs then?

Gerbrand: Yes they do. We do use dogs sometimes but mostly we track them ourselves.

What happens with the wounded animals, do they have to be put down or can they be saved?

Gerbrand: It all depends on how bad the wounds of the animal are. But in some cases the animal had to be put down yes.

I have read that poachers use GPS and helicopters and that they have good weapons. Do they have access to more advanced technology and are they better equipped than rangers?

Gerbrand: Yes, some poachers do have access to more advanced technology but there are a lot of Reserves and private Game Farms that equip their Rangers with expensive equipment to stop the poachers.

How do you feel when you think of poachers that kill rhinos just to cut off their horns?

Gerbrand: To be honest it is a feeling that I can’t explain. People get sad and angry when they hear about a poaching that takes place, but actually being there face to face with the animal that was poached, to see how much it had suffered… it’s something I can’t describe.

I read that one kilogram of rhino horn is worth $75,000 on the street in the East. Considering all the money involved in this business it will be hard to end it. Do you have any suggestions of what people can do to help stop the poaching?

Gerbrand: First of all, people need to stand together. If we don’t stand together and work together, we will never stop poaching. People need to sharpen up their security on reserves. Unfortunately it has become very expensive to keep the Rhino’s safe. You can’t use low levels of security and expect your Rhino’s to be safe from poaching.

Finally, what are your hopes and dreams for the future?

Gerbrand: I hope that we can stop the madness of poaching and save the animals before there is another species that goes extinct.

I’m sure that all likeminded people out there agree with me when I say thank you from the bottom of my heart to you and all the other rangers in the world for the amazing job you do every day year round! You are true heroes who risk your own lives in order to protect all the wonderful animals. It has been a pleasure meeting you, Mr. Van Der Merwe! Stay safe! 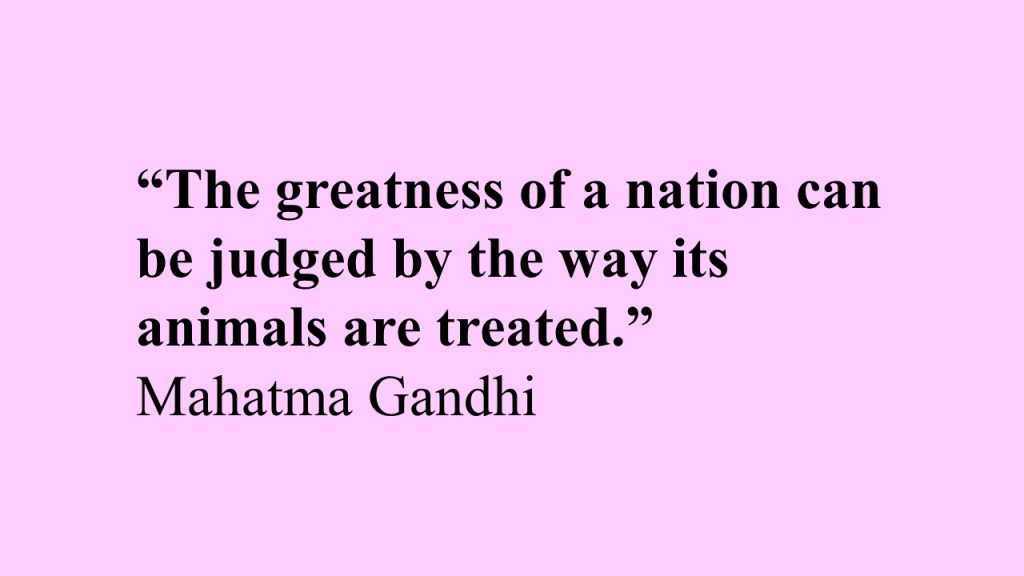